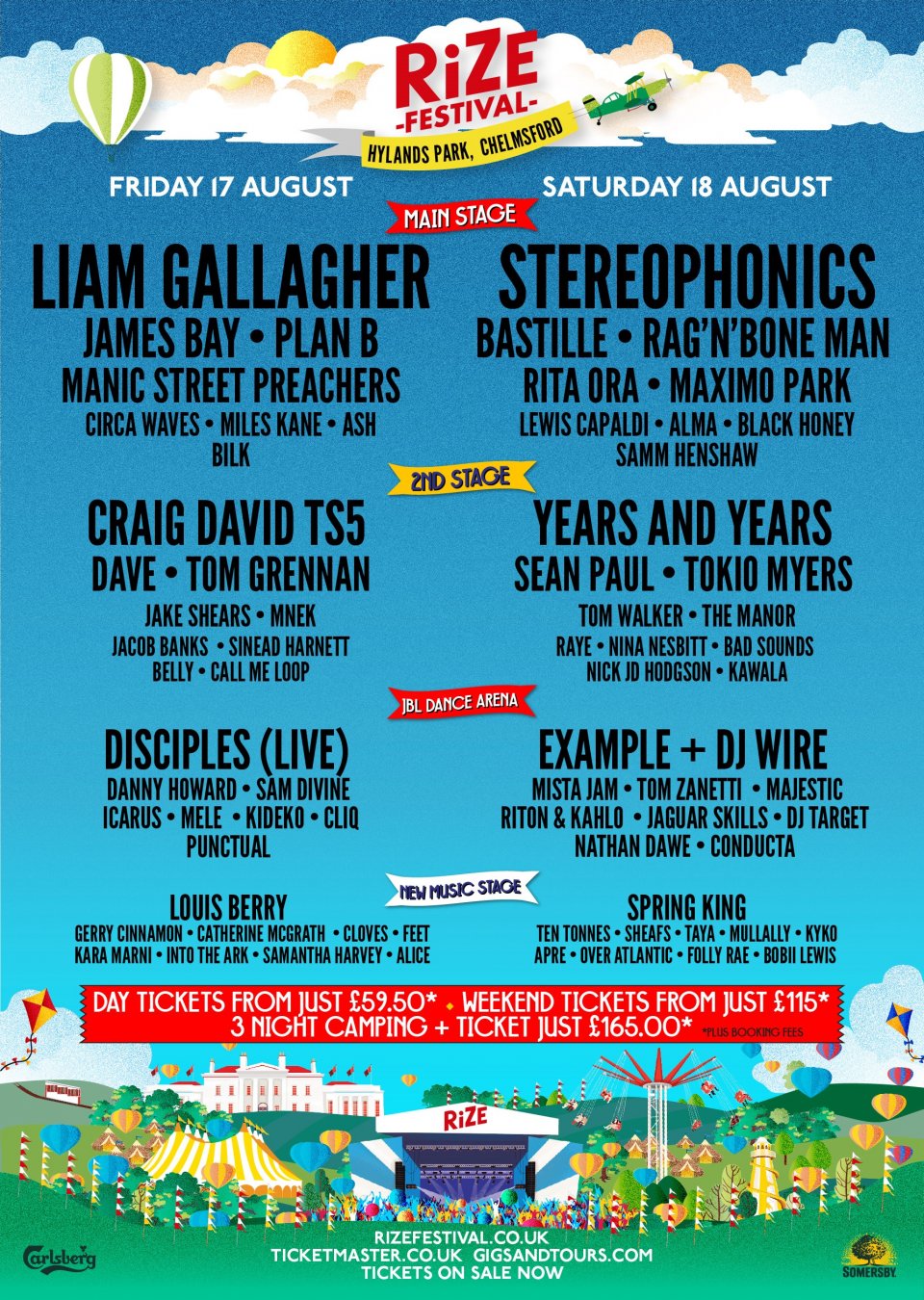 The summer music festival formerly known as “V” is another of the top choices to replace Glastonbury as the biggest and best UK festival of 2018. Virgin has ended it’s long-running sponsorship of the event, and a report in Music Week suggested it may not go ahead at its long-time Weston Park (Staffordshire) location in 2018. The report appears to have been accurate, as organisers have gone ahead with plans to proceed with the festival at Hylands Park (Chelmsford) under the new name RiZE Festival.

Considering Pink and Jay-Z headlined V Festival in 2017 (it was Jay-Z’s only European performance of the year), you can be sure you won’t be disappointed as new acts are announced.