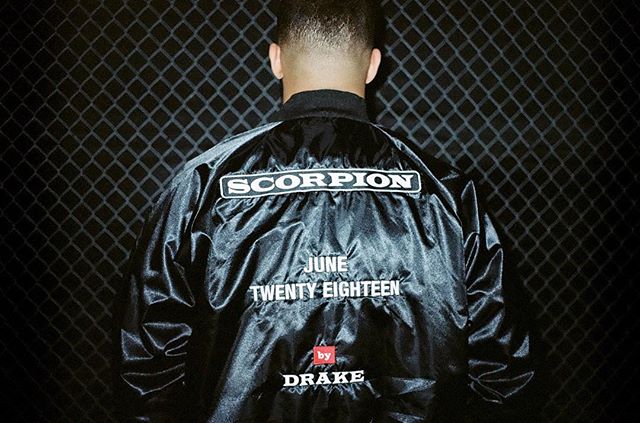 Scorpion is the fifth studio album by Canadian rapper Drake. It was released on June 29, 2018 by Young Money Entertainment, Cash Money Records and Republic Records. Scorpion is a double albumconsisting of 25 tracks. Its “A side” is primarily a hip hop album, whilst its “B side” has been described as R&B and pop

The album features guest appearances from Jay-Zand Ty Dolla Sign as well as posthumous appearances from Michael Jackson and Static Major, and additional vocals by a variety of artists, including James Fauntleroy, PartyNextDoor, Nicki Minaj, Future and Nai Palm. The album is executively produced by frequent collaborator Noah “40” Shebib and manager Oliver El-Khatib, and features production from 40 alongside a variety of record producers, including No I.D., Boi-1da, DJ Premier, DJ Paul, T-Minus, Murda Beatz, Cardo and Noel Cadastre, among others.